A mini-grid is a set of small-scale electricity generators and possibly energy storage systems interconnected to a distribution network that supplies electricity to a small, localised group of customers and operates independently from the national transmission grid. They range in a size from a few kilowatts up to 10 megawatts. Smaller mini-grids are sometimes referred as “micro-grids” or “nano-grids”.

Mini-grids can serve a wide range of customers. These include private households, commercial businesses such as shops, ice makers and mobile phone chargers, agricultural loads such as irrigation pumping and cold storage, productive loads such as grind mills and wood or metal working shops, and semi-industrials such as telecom towers, processing plants or flower farms.

Mini-grids can be developed or operated by state utilities, private companies, communities, non-governmental organisations, or a mix of different players such as public-private partnerships. The generation and distribution assets may be developed and managed by different players, both public and private. Green mini-grids are those that generate a significant portion of their power from renewables. 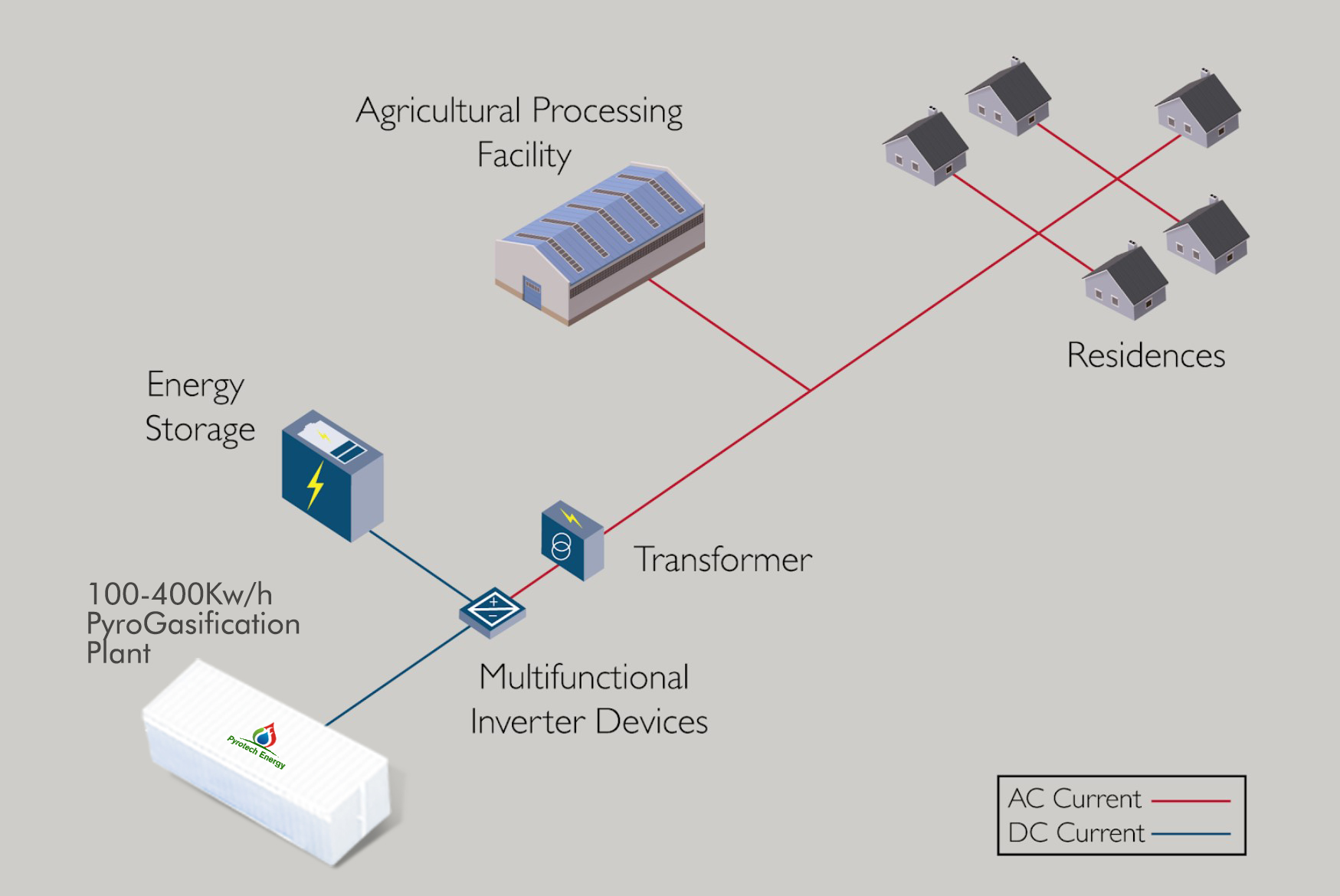 Interested in waste to energy through our mobile pyrolysis plant solutions? Find out more about our equipment by downloading our brochure.

Pyrotech Energy is a leading technology licensor and provider of equipment, engineering support and service to the waste to energy industries.